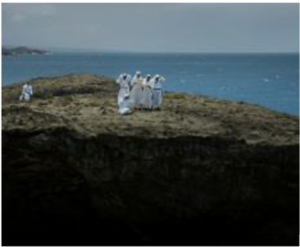 Cecilia Aldarondo’s recent film is a beautiful, painful meditation on the devastation in Puerto Rico following Hurricane María in 2017. Wanting “to take stock of what María left behind: the emotional as much as practical aftermath of the storm,” Aldarondo employed what she has called a prismatic approach to examine the tragic pile-up of interconnected crises. The traumatic lack of action by the US and Puerto Rican governments in response to the disaster is refracted through the ramifications of climate change and crippling debt, the legacy of colonialism, and the emergence of disaster capitalism. The question of whether recovery is possible through official channels is contrasted with the hope born of popular protests and community activism. 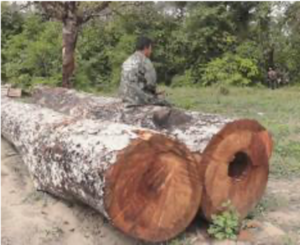 Bicycles of Nhanderu  (Bicicletas de Nhanderú) Patricia Ferreira Pará Yxapy, Ariel Duarte Ortega, Brazil, 2011. The second film made by the Mbyá-Guarani Cinema Collective, Patricia Ferreira Pará Yxapy and Ariel Duarte Ortega’s Bicycles of Nhanderu depicts the everyday life of the Mbyá-Guarani in the filmmakers’ village of Koenju, in southern Brazil.
Guardians of the Forest (Zawxiperkwe Ka’a: Guardiões da Floresta)  Jocy Guajajara, Milson Silva Guajajara, Brazil, 2019. The documentary Guardians of the Forest A group has taken on the perilous work of patrolling the Indigenous lands of Caru, where they encounter illegal livestock grazing, logging operations, and land grabs. As their territorial demarcations are not enforced by the government, Indigenous assemblies negotiate these ongoing conflicts. 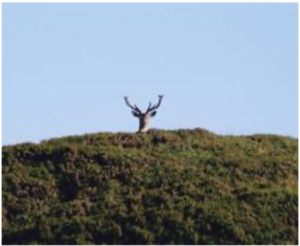 In an experimental evocation of the gift of second sight, Joshua Bonnetta (El Mar La Mar) infuses the landscape of Scotland’s Outer Hebrides with otherworldly tales and meanings. Over several years, while immersing himself  in the landscape of the Outer Hebrides  islands off the coast of Scotland, filmmaker Joshua Bonnetta (El Mar La Mar) collected  stories related to second sight—the inherited capacity of some islanders to see and hear the unusual and unexplained and to understand these visions’ meaning, a gift disappearing in the modern age. 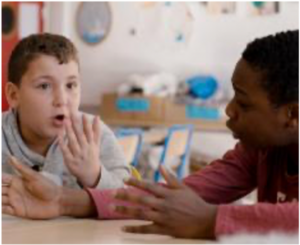 Éric Baudelaire
France, 2019
In conversation with Phil Halpern is director of the School in Communication Arts and Sciences And teaches video production to teenagers at Berkeley High School

Éric Baudelaire, a French filmmaker describes his new film Un film dramatique, made by twenty middle school students in Saint-Denis, on the outskirts of Paris as they explore the details and politics of their daily lives: “We worked with the students in a very open-ended manner, with two guiding principles. The first was that I wasn’t there to teach them anything. The second was that we would make a film that starts as a film about them, slowly becoming a film made with them, and eventually, after four years, it would end up as a film by them.” Together they imagine a new type of collaborative film; in the end, as makers, they are empowered. 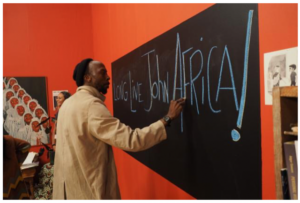 When Ephraim Asili, known for his short experimental films, turned to feature-length film making, he set this hybrid film in his hometown of Philadelphia. The Inheritance draws on the filmmaker’s own experince in his twenties as a member of a Black collective and on the histories of the MOVE liberation group, notoriously bombed by the police in 1985, and the Black Arts Movement. An ensemble of actors creates a “speculative reenactment” of his activist household, with cameos by real-life MOVE members Debbie Africa, Mike Africa Sr, and Mike Africa Jr, and poet-activists Sonia Sanchez and Ursula Rucker. Asili employs his own collection of Black art, photos, posters, books, and music, as well as archival footage, which together comprise a complex personal and public cultural inheritance. The film also references Jean-Luc Godard’s La Chinoise (Asili calls it “a critique and an homage”) through its formal experimentation, including bold colors and a mix of scripted scenes, direct address, improvisation, and quotations, but it distinguishes itself by enacting an ongoing history of Black activism and artistry. 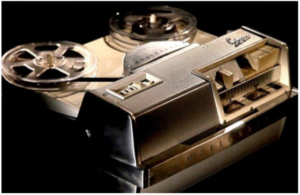 Jane Gillooly United States, 2013.
As part of a book talk with Jaimie Baron, associate professor of English and film studies at the University of Alberta, who will discuss her new book, Reuse, Misuse, Abuse: The Ethics of Audiovisual Appropriation in the Digital Era, Rutgers UP
Wednesday, April 14, 7 PM PST: Livestream conversation: Jane Gillooly and Jaimie Baron

Filmmaker Jane Gillooly purchased a suitcase on eBay filled with a collection of reel-to-reel tapes of audio letters between a Midwestern married man and his lover dating to the early 1960s, before the sexual revolution. Using this new technology, they recorded the intimate details of their affair, from the office to the bedroom, the mundane to the erotic. Armed with these compelling exchanges, Gillooly set about reconstructing their story adding minimal, evocative images. As we eavesdrop on secrets from over fifty years ago, for Gillooly, “a lot of what you’re seeing is your own imagination.” She reflects on her film, “You can’t help but compare it to what’s happening now—to how people are exchanging these private moments today. But where it differs radically is that this couple were inventing the form. The technology was so new and what they were doing with it was unique. What’s so startling about these tapes is they really do feel real. It’s so real, and it’s so raw.” 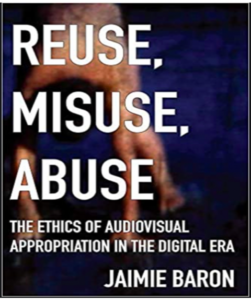 “While much has been written on the legal, economic and aesthetic aspects of the uses of archival and appropriated audiovisual media, Reuse, Misuse, Abuse is the first in-depth study of the ethical dimension of these practices. In the age of fake news, remix and the limitless manipulability of digital imagery, Reuse, Misuse, Abuse brings together major questions and current debates around the ethical boundaries between revelation, distortion, and exploitation when original images and sounds are reworked and repurposed to create a ‘layered gaze’ of new meanings. Reuse, Misuse, Abuse is clearly written, well-argued and Baron’s astute readings of a wide range of recent film and media works show the complexities of the ethical and political stakes involved. This book will be of value to working filmmakers, artists and journalists and is essential reading in avant-garde, documentary film, and media studies, art history and journalism.”
— Jeffrey Skoller ― Film & Media Dept, UC Berkeley